The future of satellite channels after activating IPTV technology,

With the increasing demand for the use of the Internet day by day,

satellite channels may be in danger of being abandoned by the viewer and replaced by IPTV technology.

According to global statistics, the number of Internet users currently exceeds 4.8 billion users,

and this number represents about 62% of the global population estimated at 7.7 billion people.

The great demand on the Internet is due to all the services and applications it provides,

including the live broadcasting of channels, events and TV programs.

Could the Internet also dominate television broadcasting and thus eliminate the traditional broadcasting of channels via satellite?

Streaming TV is the digital broadcasting of TV content from shows, movies and series over the Internet.

Today’s Internet broadcasting has become a competitor to terrestrial, cable,

The use of online video streaming services is concentrated on many platforms such as shahid, watch it,

These are video-on-demand streaming services that are somewhat close to IPTV.

Although IPTV content is different from online video platforms, it has many things in common with them.

This gives viewers the freedom to access their favorite shows when desired with the ability to access live events and programs like the ones we watch on traditional TV.

As a result, an IPTV player can play visual content (such as a TV channel),

via a live broadcast at approximately the same time.

It is able to combine video-on-demand and live event streaming services.

In recent years, many international broadcasting companies have provided the ability to follow channels online,

whether using a special application on Android or iPhone, using their official website or on other platforms such as YouTube.

movies on demand (VOD), seasons and full episodes of many popular TV shows.

IPTV service and its impact on the future of television viewing

IPTV, commonly known as IPTV, allows television content to be viewed over the Internet instead of radio waves.

With the wide spread of the Internet and its access to most homes, people will be able to access news,

movies, TV shows and all kinds of online visual content easily on different devices including TV, phone, tablet and computer.

The multiplicity of devices supporting the service also gives family members the freedom to follow their favorite channels individually,

for example, children can watch their favorite channels on their smart tablets while parents are watching a football match.

We’ve always had similar problems with traditional TV and bloody fights over the controller.

Today, there are enough reasons for television companies to invest in broadcasting over the Internet and bringing visual content to the Internet.

Without dispensing with satellite broadcasting (at least for now), companies can also target a larger online audience and reach different segments.

They can also benefit more from selling ads as targeting is more accurate as companies can access accurate information and statistics regarding the number of viewers, their gender, age and even the devices used to watch.

Words such as Nilesat, Sohail Sat, Arabsat, Astra and others are familiar,

and they are the names of satellites for broadcasting television channels, which are well-known in the Arab world.

Where the channels are received from them using air dishes,

which companies install on the roofs of houses, which helps to pick up the signal.

But this equation is subject to change at any time but as soon as possible, as the Internet broadcasting service is able to completely replace satellite TV broadcasting.

IPTV offers many additional video services that go beyond traditional television, which is to offer live TV broadcasts,

There are three primary services for the content offered by IPTV:

1. Live IPTV: Allows users to watch live TV as it is on traditional TV,

2. The video is where you pay the subscription fee and in return you get access to a large library of videos (movies and series) that you can watch as desired.

This service is useful if you miss a live broadcast of an important match or a specific episode you want to watch,

for example you can watch a channel broadcast after four or more hours of broadcast. 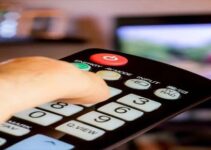 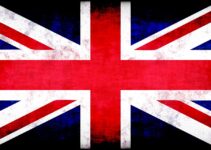 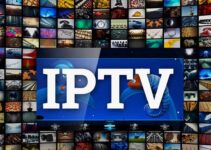