IPTV provides dynamic features to the user to improve the user experience,

compared to traditional broadcast television such as radio frequency broadcasting,

A broadband connection is used as an Internet Protocol Television (IPTV) transmission method,

which is very efficient, compared to previous transmission modes.

IPTV has developed a set of protocols, hardware, infrastructure and software to become the most efficient broadcasting,

where a series of encrypted IP packets are transmitted to deliver IPTV video streams.

IPTV only sends the program that the viewer has requested, and a new stream is sent to the viewer when the channel is changed.

It is an option available to IPTV users, where each user is given the option to choose from the catalog of videos and watch them as many times as needed.

and uses the real-time streaming protocol for VOD.

IPTV allows users to watch TV programs that have been broadcast before,

as there is a live DVR system at the end of the provider, making the DVR more cost-effective and efficient.

Users can also watch replays or start a TV program from an interactive menu.

IPTV allows users to watch live broadcasts, and it provides it either with or without interaction,

for the data being streamed in order to deliver the right number of frames of motion pictures.

So for providers with a high IPTV customer base, the customer can experience packet loss and transmission delays.

How does IPTV work

IPTV content is delivered over a managed or dedicated network, such as a digital subscriber line connection, compared to the public Internet.

thus giving them the ability to ensure quality of service, uptime, bandwidth, and reliability.

In traditional broadcast television, all programs are broadcast simultaneously in a multicast format,

In contrast, IPTV only transmits one program at a time, it is a unicast format.

The content remains on the ISP’s network, and only software selected by the end user is sent to the user’s device.

A new stream is sent from the provider’s server directly to the viewer when the viewer changes channel,

IPTV requires a set-top box or other hardware for customer premises, such as a Wi-Fi router,

Multicast Listener Discovery is also used on IPv6 networks, and other popular protocols include Real-time Messaging and Hypertext Transfer Protocol.

The difference between the IPTV system and the Internet TV system

Like Local Area Networks (LANs), while Internet TV works on the Internet

The IPTV service can offer many advantages, the most important of which is the absence of the need to install and maintain air dishes.

Also, you will not be worried about weather problems, for example, wind and rain cause air dishes to move which leads to continuous transmission and disruption of broadcasts most of the time.

But with IPTV technology, you will not face such a problem. With this technology,

you only need to connect to the Internet, so you will not care much about external factors.

Also, the channels you can watch are unlimited, plus you don’t have to turn the dish every time to watch new channels.

You can only update your IPTV links to add as many as you want. 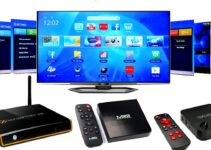 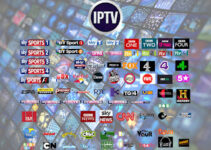